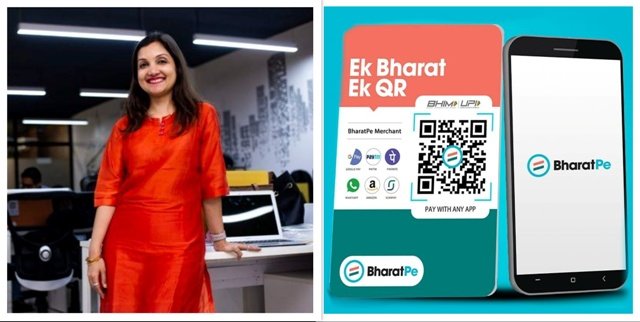 BharatPe terminated Madhuri Jain Grover, wife of Ashneer Grover, from her post of the controller over allegations of ‘misappropriation of funds’. As per a report in Economic Times, she has been named in the initial investigation by Alvarez & Marsal (A&M) investigation over financial irregularities in BharatPe. Notably, she has been financial in charge of the company since October 2018.

Another person known to the matter said, “The interesting bit here is that the company is not treating her as a key managerial personnel hence they have taken this call of firing her immediately before the final report is tabled for board’s review.”

Earlier, on February 18, it was reported Madhuri Jain had written to the board of BharatPe alleging she never tendered her resignation that was “accepted” by the company. In her letter to the board, she had alleged her resignation defied every known norm of corporate governance and propriety. Notably, her resignation was offered by her husband Ashneer Grover in the January 19 board meeting. He had immediately took back his decision and called it spontaneous.

In her letter to the board, Jain had said, “Neither did I have any information about the same (alleged resignation), nor have I tendered any such resignation.” She further alleged the resignation was accepted only because she was the wife of Ashneer. She also reminded the board that her role in the company was beyond her relationship with Grover. Jain was asked to be on compulsory leave of absence on January 20.

Notably, on February 20, Jain had also written to independent consultant A&M demanding an explanation on how the contents of the probe into the financial practices of the company were leaked. In a report by A&M, it was alleged that Jain and her family members, brother Shwetank Jain and brother-in-law Deepak Jagdishram Gupta, were involved in financial irregularities at the company. Though the report was submitted on January 25, Suhail Sameer, Chief Executive of BharatPe, had already sought her registration on January 20.

In the last two months, two different sets of allegations have been laid down against Ashneer Grover and his wife, Madhuri Jain Grover. In January this year, it was reported that the couple had misbehaved with a Kotak Mahindra Bank employee over a phone call last year. The Bank had allegedly failed to finance their application and buy shares of FSN E-commerce Ventures that runs cosmetics platform Nykaa.

Later in February, the independent investigation agency A&M found that there were irregularities in the company’s books. The first allegation was linked to anomalies in recruitment, while the second concerns paying non-existent vendors. Madhuri Grover, Ashneer Grover’s wife and her brother, Shwetank Jain, are reportedly linked to both the financial wrongdoings. The second allegation was linked to dealings with non-existing vendors and payments of penalties to avoid show-cause notices.