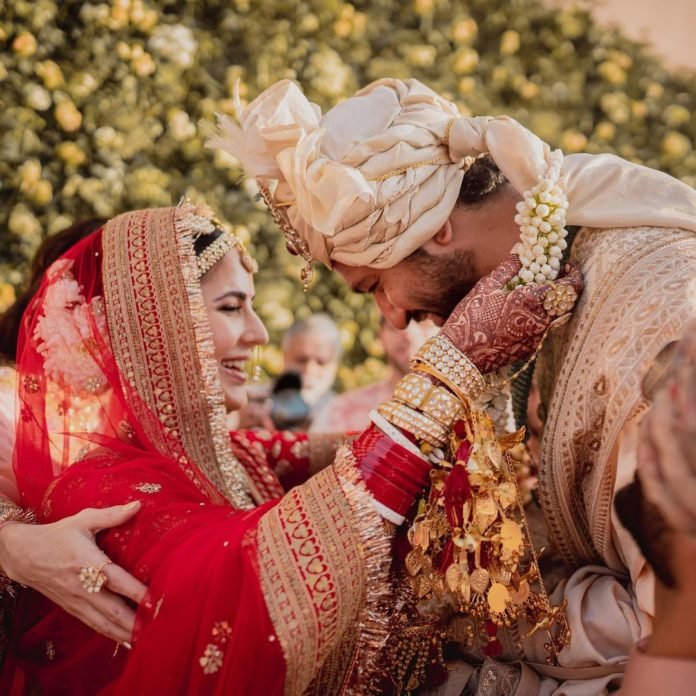 Vicky Kaushal and Katrina Kaif, who became husband and wife on Thursday, will soon move into a new plush apartment in Mumbai’s Juhu neighbourhood, where Anushka Sharma and her husband, Team India’s Test captain, Virat Kohli, will be their neighbours.

Even as Bollywood celebrities showered their best wishes on the newly-wed couple, Anushka, too, congratulated ‘KatVic’ and confirmed that they will indeed be her neighbours.

Anushka, who has worked with Katrina in Yash Chopra’s 2012 romantic drama ‘Jab Tak Hai Jaan’, took to Instagram and shared Katrina’s post with pictures of the couple. Anushka wrote in the caption: “Congratulations to both of you beautiful people! Wishing you guys a lifetime of togetherness, love and understanding.”

She continued in the caption: “Also glad you are finally married so that now you can move into your house soon and we can stop hearing construction sounds.” Anushka tagged both Vicky and Katrina in the story.

Vicky and Katrina, according to sources, have rented a sea-facing apartment, the security deposit of which is said to be close to Rs 1.75 crore and the rent is around Rs 8 lakh a month.

R. Madhavan and Chetan Bhagat got into a banter-filled Twitter exchange in which the actor seemed subtly roasting the author. It all began on Monday...
Read more