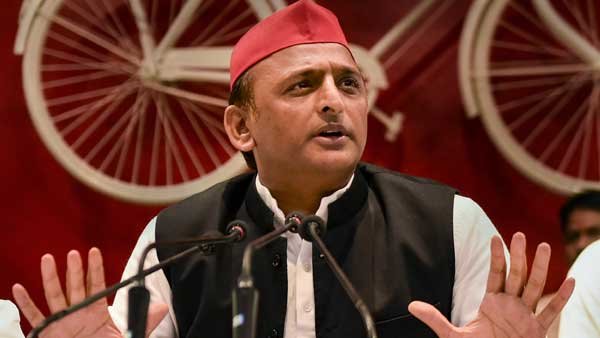 As Uttar Pradesh completes four phases of elections, Samajwadi Party chief Akhilesh Yadav claimed that price of petrol will cross Rs 200, if BJP wins. Dismissing BJP’s distribution of free cylinders, he cited how costly a cylinder was now. The seven-phase elections for the 170-seat UP Assembly are currently underway, with results to be announced on March 10.

On the other hand, at a rally in Amethi, CM Yogi Adityanath promised free LPG cylinders to PM Ujwala Yojana beneficiaries on Holi and Diwali. He also announced that women above 60 years can avail free travel in state govt buses. Adityanath addressed rallies in Rae Bareli, Pratapgarh, Sultanpur, Baribanki and Amethi on Wednesday.

As of Thursday, petrol and diesel prices remained unchanged across the country. In Mumbai, petrol prices stood at Rs 109.98/lt, while petrol in Delhi costs Rs 95.41/lt – after the state govt’s cut on Value Added Taxes. Diesel prices stood at Rs 101.56/lt in both states. Most Opposition leaders have predicted that the Centre will raise fuel prices after elections in 5 states are completed.