Queen Elizabeth II Dies At The Age of 96 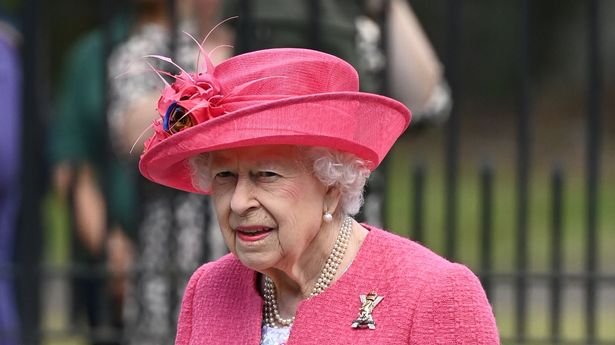 Queen Elizabeth II, who marked 70 years on the throne this year, is the oldest and longest-reigning monarch in British history. In September 2015 she surpassed her great-great-grandmother Queen Victoria, who reigned for 63 years and seven months.

Apart from Elizabeth and Victoria, only four other monarchs in British history have reigned for 50 years or more: George III (59 years), Henry III (56 years), Edward III (50 years) and James VI of Scotland (58 years.)

Like many royals of her time and before, Elizabeth never went to a public school and was never exposed to other students. Instead, she was educated at home with Margaret, her younger sister.

After months of campaigning for her parents’ permission to do something for the war effort, the heir to the throne learned how to drive and service ambulances and trucks. She rose to the rank of honorary Junior Commander within months.

Elizabeth often gave the impression of a serious demeanor, and many have noted her “poker face,” but those who knew her described her as having a mischievous sense of humor and a talent for mimicry in private company.

Rowan Williams, the former Archbishop of Canterbury, has said the queen could be “extremely funny in private — and not everybody appreciates how funny she can be.”

Bishop Michael Mann, the monarch’s domestic chaplain, once said that “the queen imitating the Concorde landing is one of the funniest things you could see.” Ian Paisley, the Northern Irish clergyman and politician, also noted that Elizabeth was a “great mimicker” of him.

More recently, she showed her mischievous side during the Platinum Jubilee celebrations, when she starred in a comic video alongside an animated Paddington Bear and spoke of hiding marmalade sandwiches in her purse.

She may have been the queen, but she paid taxes too — at least since 1992.

When Windsor Castle, the queen’s weekend residence, was ravaged by fire in 1992, the public rebelled against paying millions of pounds for repairs.

But she voluntarily agreed to pay tax on her personal income. She said she would meet 70 percent of the cost of restoration work, and she also decided to open her home at Buckingham Palace to the public for the first time to generate extra funds from admission fees.

The queen was christened Elizabeth Alexandra Mary Windsor of York, in honor of her mother, paternal grandmother and paternal great-grandmother. But as a child, she was endearingly known as young Lilibet by her family — said to be because she couldn’t pronounce “Elizabeth” properly.

In a letter to her grandmother Queen Mary, the young princess wrote: “Dear Granny. Thank you very much for the lovely little jersey. We loved staying at Sandringham with you. I lost a top front tooth yesterday morning,” before signing off, “Love from Lilibet.”

The nickname became more widely known after Prince Harry and Meghan, Duchess of Sussex, named their daughter Lilibet Diana in 2021.

Elizabeth and her husband Prince Philip enjoyed a stable relationship for more 70 years, a union that far outlasted the marriages of three of her four children: Charles, Anne and Andrew.

“He has been quite simply my strength and stay all these years,” the queen said of Philip on their 50th wedding anniversary.

Their story began in 1939, when Prince Philip of Greece, a handsome 18-year-old naval cadet, was detailed to entertain the 13-year-old Elizabeth for a day. Several years later, Philip was invited to join the royal family at Windsor Castle at Christmas, and he soon made discreet inquiries whether he would be considered an eligible suitor.

The couple married in Westminster Abbey in 1947. When Philip died in 2021 at age 99, Elizabeth described his passing as leaving a “huge void” in her life, according to their son, Andrew.

Elizabeth was born on April 21, 1926, but it was sometimes confusing for the public to know when to celebrate.

There was no universally fixed day for her “official birthday” — it’s either the first, second or third Saturday in June, and was decided by the government.

In Australia, her birthday was celebrated on the second Monday of June, while in Canada, was marked on a Monday either on or before May 24, Queen Victoria’s birthday.

Only the queen and those closest to her celebrated her actual birthday in private gatherings.

She owned more than 30 corgis over the years. She also had two “dorgis” — crossbreeds of dachshund and corgi — named Candy and Vulcan.

Elizabeth was photographed hugging one of the dogs as far back as 1936 at age 10, and was given a corgi named Susan for her 18th birthday. The breed was introduced to the royal family by her father, King George VI, in 1933, when he bought a male corgi called Dookie from a local kennel.

As queen, she also technically owned the thousands of mute swans in open British waters, and had the right to claim all sturgeons, porpoises, whales and dolphins, according to a statute from 1324.

The queen inevitably became the subject of pop songs.

The Beatles immortalized her with the tongue-in-cheek “Her Majesty,” calling her “a pretty nice girl” though “she doesn’t have a lot to say.” The brief song, sung by Paul McCartney and recorded in 1969, appeared at the end of the “Abbey Road” album.

Other musical treatments weren’t so kind. The Sex Pistols’ anti-monarchist “God Save The Queen,” released right before her Silver Jubilee in 1977, was banned on British television.

Meanwhile, A day of state mourning will be observed in India on September 11 “as a mark of respect” for the death of Queen Elizabeth, the Ministry of Home Affairs announced today. She died yesterday at the age of 96.

“Her Majesty Queen Elizabeth II, United Kingdom of Great Britain and Northern Ireland passed away on 8th September 2022. As a mark of respect to the departed dignitary, the Government of India has decided that there will be one day State Mourning on September 11th throughout India,” the press release read.

Additionally, the National Flag will be flown at half mast throughout the country on all buildings where the flag is flown regularly. “There will be no official entertainment on the day,” the ministry said.

Draupadi Murmu took oath as the 15th President of India. She is now the first tribal and the second Woman to be the president...
Read more