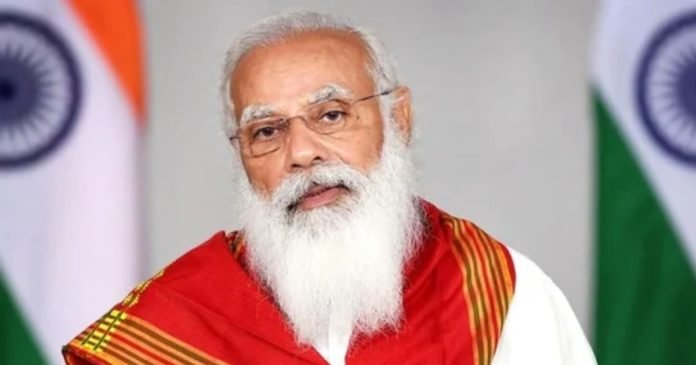 Prime Minister Narendra Modi cancelled his events in Punjab today after he was stuck on a flyover for around 20 minutes because of protesters, in a massive security breach that has triggered a clash between the centre and the Congress-ruled state in election season.

PM Modi returned to the airport in Bathinda because of the breach, the Home Ministry said in a statement blaming the Congress government.

“The PM was stuck on a flyover for 15-20 minutes. This was a major lapse in the security of PM,” said the Home Ministry.

Calling it the “single biggest lapse in the security of any Indian Prime Minister in recent years”, government sources accused the Punjab police of “conniving” with so-called protesters. Only the Punjab Police knew the PM’s precise route, the sources said. The Congress, however, questioned how the PM’s security allowed the last-minute route change.

The Prime Minister landed at Bathinda earlier today for his visit to a National Martyrs Memorial at Hussainiwala. He was to be flown by helicopter but due to rain and poor visibility, he waited for about 20 minutes for the weather to clear up.

“When the weather didn’t improve, it was decided that he would visit the National Martyrs Memorial via road, which would take more than two hours. He proceeded to travel by road after necessary confirmation of necessary security arrangements by the DGP Punjab Police,” the Home Ministry said.

Around 30 km from the memorial, when the PM’s convoy reached a flyover, the road was blocked by protestors.

“The PM’s schedule and travel plan were communicated well in advance to Punjab Government. As per procedure, they have to make necessary arrangements for logistics, security as well as keep a contingency plan ready. Also in view of the contingency plan Punjab Government has to deploy additional security to secure any movement by road, which was clearly not deployed. After this security lapse, it was decided to head back to Bathinda airport.”

Government sources said it was a “surprising scene of connivance between the Punjab police and so-called protesters”.

The home ministry has sought a detailed report from the Punjab government, which has been asked to fix responsibility and take action.

BJP chief JP Nadda hit out at Punjab Chief Minister Charanjit Singh Channi in a series of tweets and accused him of refusing to take phone calls.

“It is sad that PM’s visit to launch development projects worth thousands of crores for Punjab was disrupted… State Police was instructed to prevent people from attending the rally…CM Channi refused to get on the phone to either address the matter or solve it,” Mr Nadda tweeted.

Congress leader Randeep Singh Surjewala hit back, saying the BJP chief should “stop losing cool and all sense of propriety”. He questioned the role of the elite Special Protection Group (SPG), which is in charge of the PM’s security.

“10,000 security personnel were deployed for the PM’s Rally. All arrangements were made in tandem with SPG and other agencies. A route was carved even for all buses of BJP workers from Haryana/Rajasthan. PM decided to take a road journey to Hussainiwala. It was not part of his original schedule to travel by road,” Mr Surjewala said as he went on to list the reasons for the protests that blocked the PM.