NATO Listed China As A Security Challenge For The First Time 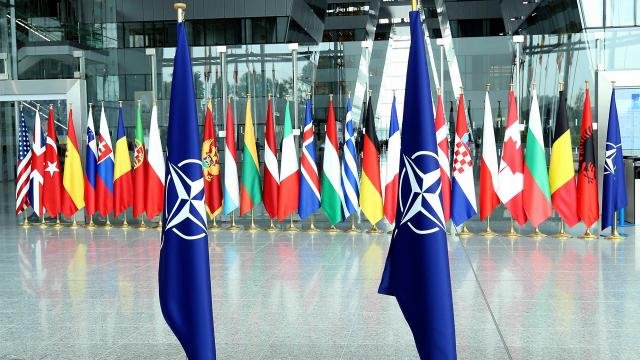 The North Atlantic Treaty Organization (NATO), the world’s most powerful military alliance, has declared China as a security threat for the first time, warning that Beijing’s ambitions and coercive behaviour is a major challenge to the groups interests, putting its forces on a potential war-footing against Russia, media reports said.

The alliance’s new blueprint, or Strategic Concept (PDF), which lays out its priorities for the next decade, was approved at a leader’s summit in Spain on Wednesday.

The document directed its harshest language towards Russia, which it described as “the most significant and direct threat” to the alliance’s peace and security, but said Beijing’s military ambitions, its confrontational rhetoric towards Taiwan and its increasingly close ties with Moscow posed “systemic challenges”.

“China is not our adversary,” he added, “but we must be clear-eyed about the serious challenges it represents.”

The official turn by NATO puts the world’s largest military alliance, based on the United States armed forces, on guard against China, which has the world’s second-largest economy and a rapidly growing military, both in numbers and in top-notch technology.

“One of the things that [China’s] doing is seeking to undermine the rules-based international order that we adhere to, that we believe in, that we helped build,” said US Secretary of State Antony Blinken. “And if China’s challenging it in one way or another, we will stand up to that.”

Western leaders are concerned that Russia’s aggression in Ukraine, which China is yet to condemn, could embolden Beijing to be more assertive over Taiwan. China considers Taiwan a part of its territory with no right to independent recognition as a state or representation on the world stage.

Speaking at an event in Madrid that was not part of the NATO summit, British Foreign Secretary Liz Truss said that unless China is checked “there is a real risk that they draw the wrong idea which results in a catastrophic miscalculation such as invading Taiwan,” referring to the self-governing island that China claims as a province.

Before the war in Ukraine, Putin began pursuing his own “pivot to the east” by ramping up economic development and his military presence on the Pacific Coast.

“This is an important step for NATO and in a way a sign that NATO is waking up to a new geopolitical reality, which is largely defined by the growing confluence of Russian and Chinese strategic interests,” Jerzewski said. “Russia has been viewed mainly as a source of threats in the European theatre, but that view ignores Russia’s physical presence on the shores of the Pacific.”

Highlighting NATO’s new focus on China, the gathering of world leaders in Madrid, both inside the bloc’s summit and on its sidelines, included many from Asian nations.

It was the first time that the leaders of Japan, South Korea, Australia and New Zealand were invited to a NATO summit. They participated in a NATO session on new global challenges after holding a side meeting outside of the summit.

Ardern, whose government has toughened its tone recently on both security and Beijing’s growing presence in the South Pacific, in part due to the signing of a security pact between China and the Solomon Islands, said the resilience of the Indo-Pacific region must be strengthened through relationships and economic architecture rather than militarisation.

“We must stand firm on the rules-based order, call for diplomatic engagement and speak out against human rights abuses at all times when and where we see them,” she said.

The alliance should give up its “zero-sum game and the practice of creating enemies, and not try to mess up Asia and the whole world after disrupting Europe”, he said.

Zhao also criticised the sanctions brought against Russia by NATO members over the Ukraine war, saying “facts have proven that sanctions are not a way out of conflicts, and the continued delivery of weapons will not help realise peace”.

China continues to claim it is neutral in the Ukraine war, and has accused NATO and the US of provoking Russia into military action.

Weeks before Russia’s February invasion, Chinese President Xi Jinping hosted his Russian counterpart, Vladimir Putin, for a summit at which they pledged a partnership that had “no limits”.