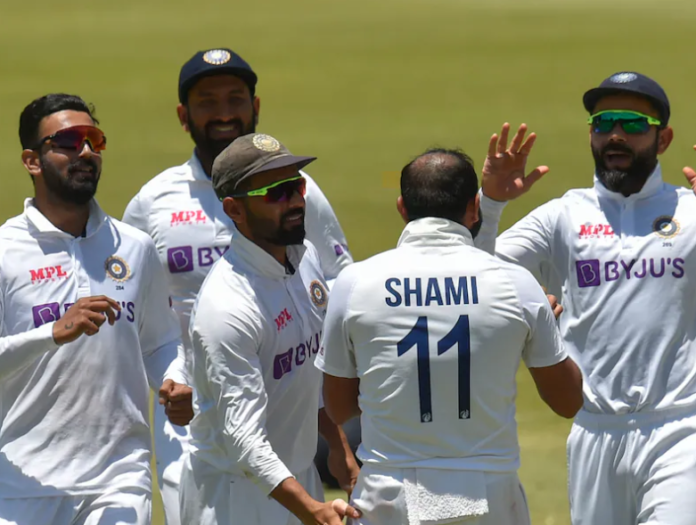 India wrapped the South Africa second innings on 191 and won the opening Test in Centurion by 113 runs. With this, the visitors go 1-0 up in the three-match series.

The Proteas started the day on a strong note, scoring runs at a brisk pace before Jasprit Bumrah removed captain Dean Elgar on 77. Mohammed Siraj then joined the act and cleaned up Quinton de Kock on 21. Shami picked up the third wicket of the opening session in form of Wiaan Mulder.

It was Bumrah’s twin strikes on the fourth evening, which left India on the verge of their maiden win in Centurion. They had previously played two Tests in South Africa’s citadel and lost on both occasions.

KL Rahul is named the player of the match for his brilliant 100 in the first innings.

KL Rahul said in Post-Match Presentation, “The grit and determination – really wanted to get my team off to a good start. On a challenging pitch, the opening partnership is crucial. Really happy with my performance. Don’t think I’ve made too many technical changes. It’s about my mindset, how calm and disciplined I am. It’s all coming nicely now. The discipline I’ve shown has been the biggest contribution for me in performing away from home. It’s something I’m proud of (his overseas hundreds). Kept us in the park a little lesser (Shami). The fast bowling units have shown a lot of heart, not just today but the last few years. Happy with the way Shami bowled and the way other guys chipped in as well. Shami gets the ball to do a little bit extra as Virat said. Very very special coming to SA. This win gives us a lot of confidence. Want to keep getting better as individuals and try to win another Test in a few days’ time.”

Virat Kohli Said, “Got off to the perfect start. Have to understand one day was washed out – shows how well we played. It’s always a difficult place to play against SA (Centurion). The discipline that the batters showed. Winning the toss, batting first overseas is a tough challenge. Credit to Mayank and KL for the way they set it up. We knew we were in pole position with anything over 300-320. Knew the bowlers will do the job. Spoke about it in the change room – the fact he didn’t bowl much in the first innings, allowed SA to get around 40 more runs (Bumrah). Just the way these guys bowl together has been a hallmark of our team getting a result in difficult situations. Absolutely world-class talent (Shami). For me, he’s of the best three seamers in the world at the moment. His strong wrist, his seam position, and his ability to hit a length consistently. Got so much confidence out of Johannesburg last time. It’s a ground we love playing at.”