Heavy Rainfall Over Next 4 Days In Karnataka 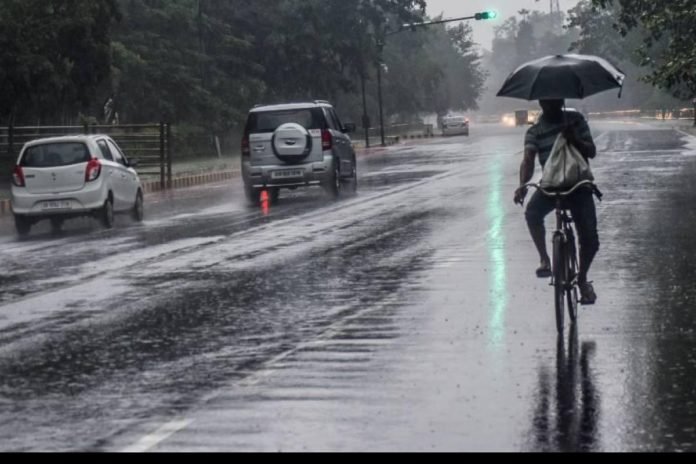 Karnataka will witness widespread rainfall over the next four days, the India Meteorological Department (IMD) said on Friday. The IMD weather has issued an orange alert in Bengaluru and Ghats and a yellow alert in some coastal districts and north interior Karnataka for today, November 19.

Yesterday, non-stop rainfall occurred in Bengaluru, and the intensity increased during the night. According to the Skymet weather, private weather agency, Bengaluru witnesses 168 mmm of average rainfall in October due to the arrival of the northeast monsoon every year. The rains extended to November also, wherein 155m rainfall has been recorded so far. This is three times the average rainfall of 50mmm for November.

Meanwhile, depression has formed over the Bay of Bengal and it will cross the coast between Tamil Nadu and Andhra Pradesh by early November 19. It is likely to move inland and start impacting parts of south interior Karnataka and Tamil Nadu.

As per the private weather agency, Karnataka’s Chamarajanagar, Mysore, Mandya, Ramanagara, Tumkur, and Hassan will also experience heavy rainfall over the next 3-4 days due to the formation of the depression over the Bay of Bengal.

“Yellow alerts have been issued in some districts of coastal Karnataka and north-interior Karnataka for today and tomorrow. Orange alert in South interior parts. Orange alert in Bengaluru and Ghats,” Sadananda Adiga, Meteorologist, IMD Bengaluru, said.

“The whole of Karnataka will have widespread rainfall over the next four days and rainfall will start decreasing on fifth day,” he added.

Since the formation of a depression over the Bay of Bengal, the weather agency forecast heavy to very heavy rainfall with extremely heavy falls as “very likely” over north Tamil Nadu and adjoining southern districts in the next 24 hours.

Mumbai, which usually becomes dry after the departure of the southwest monsoon, will see light to moderate rainfall during the weekend. Currently, a well-marked low-pressure area is persisting over the Arabian sea. Moreover, the peripherals of the system are reaching along the coast of Konkan, resulting in likely rains over Mumbai.

Mumbai might experience light to moderate rainfall on Friday, and it may extend to later on November 20.

Gujarat will also be experiencing unseasonal rainfall on Friday and Saturday because a system has been formed in the Arabian Sea, which is having its reach along the coast of Konkan, North Gujarat, and may have an effect over other parts of Gujarat.