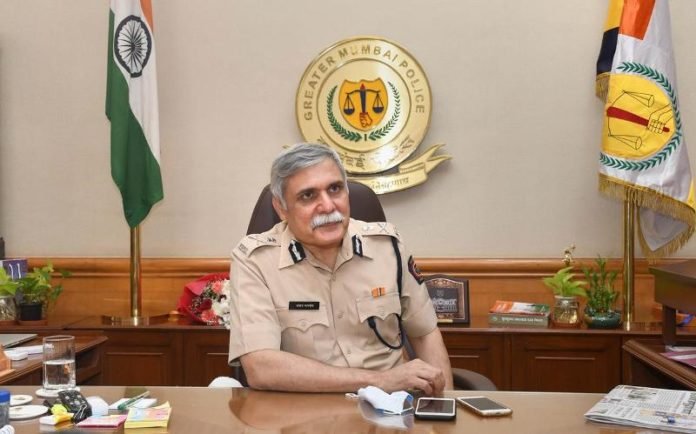 A court on Wednesday sent former Mumbai Police Commissioner Sanjay Pandey to nine days’ ED custody in connection with a money laundering case pertaining to the phone tapping of the employees of the National Stock Exchange (NSE) between 2009 and 2017 allegedly on the instructions of NSE’s former CEO and MD Chitra Ramkrishna.

Pandey who was arrested on Tuesday was presented at the Rouse Avenue Court.

The Enforcement Directorate (ED) in the court has argued that Pandey received Rs 4.54 crore to tap the calls to help Ramkrishna.

“Pandey incorporated iSec Securities Pvt. Ltd. Though he was not director in the firm, he used to chair every meeting. We have evidence in this respect. He was controlling the entire firm from behind the curtain,” the ED argued.

Pandey in his defence said that the entire case was nothing but a “politically motivated” one. He said that when he in service, he was “fit to maintain law and order situation while now two FIRs have been lodged against me”.

“To analyse and monitor calls, we tapped phones. To tap the phone lines, all the machines were made available by NSE. I never used any machine illegally,” he argued.

The court after hearing the argument of both sides sent Pandey to nine days’ custody. Ramkrishna is already in the custody of ED.

ED will now confront Ramkrishna with Pandey, and during the confrontation, the officials would record the statements of both individuals.

The ED’s case is on the basis of the CBI’s FIR. The case was lodged by the probe agency on the directions of the Union Ministry of Home Affairs.

Earlier, the CBI had recorded Pandey’s statement in this connection. His statement was recorded at CBI’s Mumbai-based headquarters. After questioning, he was allowed to leave.

The Central Bureau of Investigation (CBI) had also conducted raids in Mumbai, Pune and in several other parts of the country in this connection.

The ED has now got custodial remand of Pandey and he will be confronted with evidence.