Congress Has Not Fielded Any Candidate Against Akhilesh Yadav 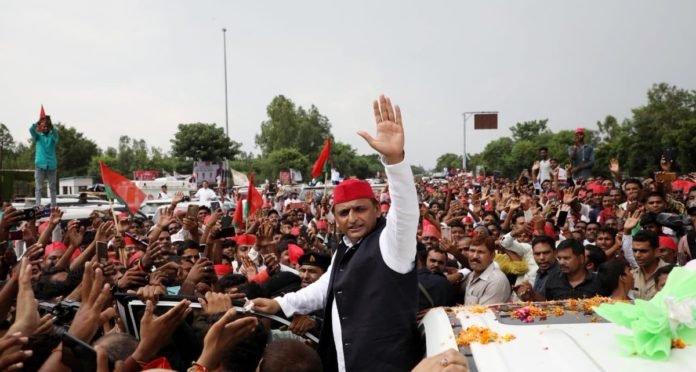 Senior Congress leader and one of its star campaigners in Uttar Pradesh, Sachin Pilot on Wednesday clarified that the party did not field any candidate against Akhilesh Yadav and Shivpal Singh Yadav out of “political etiquette”.

“As political etiquettes, Congress has not fielded any candidate against Akhilesh Yadav and Shivpal Singh Yadav from Karhal constituency in Uttar Pradesh. When Sonia Gandhi contested from Rae Bareli Lok Sabha seat in the state earlier, Samajwadi Party did not field a candidate.”

Notably, Samajwadi Party had also not fielded its candidate from the Amethi assembly seat against Rahul Gandhi during the Lok Sabha elections in 2019.

Further, Mr Pilot stated that the changes will ‘definitely’ happen in Uttar Pradesh and Uttarakhand during the upcoming assembly elections.

Ads by
“After being in power for 5 years in Uttar Pradesh, BJP still wants to take votes from people by threatening them. However, Congress is contesting elections with the help of its manifesto and candidates. Priyanka Gandhi has already focused more on women this time,” he added.

Speaking about Unnao and Lakhimpur Kheri incidents, the senior Congress leader asserted that Priyanka Gandhi has been vocal on these issues since the beginning.