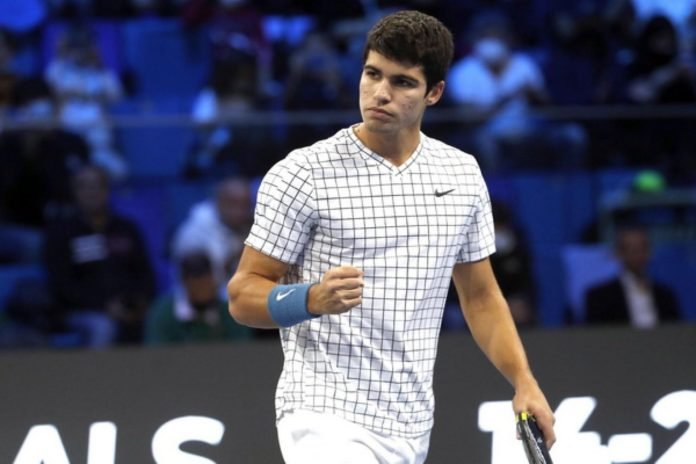 The Next Gen ATP Finals, the year-end tournament for the best eight players on the ATP Tour aged 21-and-under, began in 2017 and is defined by its unique rules, including its hallmark five-set format where each set is played to four games. This year’s event saw further experimental rule changes including a one-minute warm-up instead of the traditional four, timed bathroom breaks and courtside coaching.

As the overall top seed, Alcaraz dropped just one set in winning the title, becoming the first Spaniard to win the event. He went unbeaten in round-robin play against Holger Vitus Nodskov Rune, Brandon Nakashima and Juan Manuel Cerundolo before beating Sebastian Baez in the semifinals.

“It is amazing,” Alcaraz said on-court in victory. “To be able to win this tournament means a lot to me. I am so excited right now and emotional.”

Victory in Milan capped a breakthrough year for the Spanish teen which saw him reach the US Open quarterfinals. Under the guidance of former world No. 1 Juan Carlos Ferrero, Alcaraz raised his ranking from world No. 141 to a career-high world No. 32 and won his first career title on the clay courts of Umag, Croatia in July.

He earned three wins against Top 10 players this year, beating Stefanos Tsitsipas in the third round of the US Open and upsetting Matteo Berrettini and Jannik Sinner in consecutive weeks at tournaments in Vienna and Paris this fall.