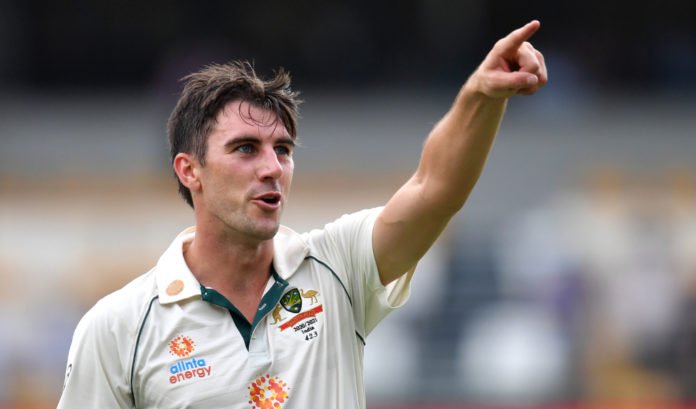 Pat Cummins knows he will be creating history when he leads Australia into the first Ashes Test of the series at the Gabba in Brisbane on Wednesday.

The 28-year-old fast bowler ranked the best in the world, is the first fast bowler who has been named as captain of an Australia team for a complete series, even though Ray Lindwall led the team briefly in 1956.

Cummins made his test debut as a teenager in 2011 and was elevated to the captaincy when Tim Paine quit last month after media reports he’d been investigated four years earlier by cricket administrators for sending an explicit text to a work colleague.

Cummins said he was not surprised by England’s exclusion of 39-year-old pacer James Anderson for the Ashes opener at the Gabba. He said, “no, it’s probably the honest answer, and not because he’s not a great player, but I didn’t think he was going to play all five tests. So, yeah, as I said, I think it’s a shame that he won’t be out there tomorrow.”

He said he plans to rely heavily on his experienced deputy Steve Smith, who was replaced as Australia’s test captain by Paine in 2018 after the infamous Sandpapergate scandal in South Africa.

“Smithy and I have been really good mates for a long time. When I was 18, I’d sleep on his couch on occasions,” Cummins said. “He’s a legend of the game. Of course, I’ll be leaning on him for ideas at times.

“There’ll be times when I need a rest – I’ll have no problem handing over to him.”

The Australians haven’t played a Test since the 2-1 series loss to India in January, while England has played in Sri Lanka and India and hosted New Zealand and India.

But the wet weather and quarantine requirements mean neither team is going into the series with a lot of red-ball cricket form.

The bulk of the Australian team was involved in the Twenty20 World Cup victory in the United Arab Emirates last month, where coach Justin Langer gave the playing group more control over the preparations.

It’s something Cummins wants to carry into the test arena.

“The environment we created at the World Cup is a blueprint,” he said. “The relaxed environment, empowering everyone to do it their own way. Tailor the preparation. They’re great lessons we learnt the World Cup that worked.”