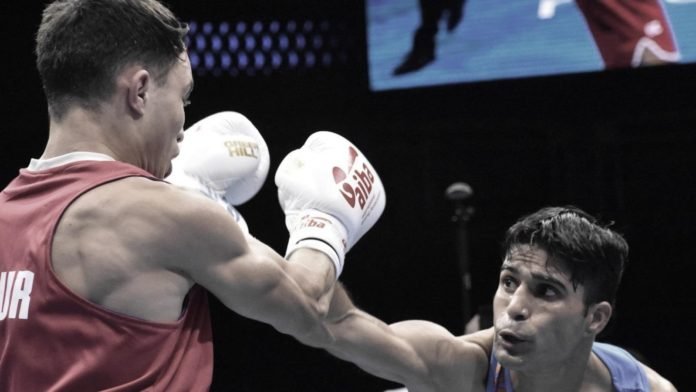 Debutant Akash Kumar (54kg) signed off with a bronze medal at the AIBA Men’s World Boxing Championships in Belgrade after a defeat against Kazakh teenager Makhmud Sabyrkhan in the semifinals.

The 21-year-old Akash, playing in his debut World Championships as well as his first major international tournament, lost 0-5 to end India’s campaign in the marquee competition, where he became only the seventh Indian male boxer to secure a medal. He will claim the prize money of $25,000.

With this loss, the Indian challenge came to an end at the 21st edition of the tournament.

Despite the loss, Akash can be proud of the fantastic performance in his maiden senior international competition. Akash had upstaged former Olympic silver-medallist Yoel Finol Rivas of Venezuela in the quarterfinals.

In all, five Indians made the quarterfinals but four of them, including 2015 bronze-winner Shiva Thapa (63.5kg) and reigning Asian champion Sanjeet (92kg) lost in the quarterfinal stage.