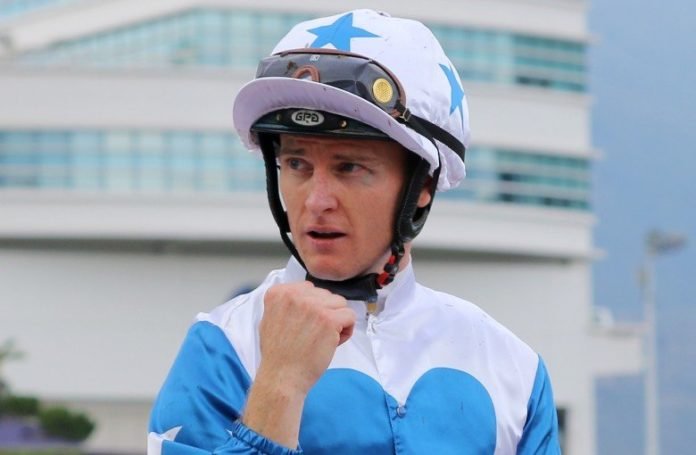 Australian rider Zac Purton has become a three-time winner of the International Jockeys’ Championship in Hong Kong, underlining his status as one of the very best pilots in global horseracing.

The 38-year-old Queenslander joined South African Douglas Whyte and legendary UK-based Italian Frankie Dettori as a triple winner of the prestigious championship at Happy Valley that brings together a host of the world’s best jockeys.

Four days after he overtook Whyte as the winner of the most prize money as a jockey in Hong Kong racing history, the serial winner Purton took the title in the four-race contest, amassing 22 points by finishing second in three contests and third in another.

He had some near-misses, earning his runners-up spots on Glorious Lover, Amazing One Plus and Shining Gem with his third-place coming aboard Circuit Seven.

“I came here a little bit worried about the quality of horses I was riding and knew that I was going to need things to go my way and luckily I was able to get some nice runs on them and give them their chances,” said Purton.

“It was a bit frustrating I kept getting beaten in those photos, but I suppose that makes for good racing and good competition. The points added up -it’s very satisfying.”

It was enough for him to outdo the four winning riders – Melbourne Cup-winning New Zealander James McDonald, British couple Tom Marquand and Hollie Doyle, and Frenchman Mickael Barzalona – who shared a four-way tie for second with 12 points each.

Australian David Hayes claimed the trainers’ championship with a win – Awesome Treasure – and two third places to finish on 20 points.

It was an exciting finale with Purton, leading on 16 points, one of seven riders still in with a chance of winning the title heading into the last race, with Marquand, Doyle and McDonald locked in a three-way tie for second on 12.

Barzalona’s driving finish on Elon in the final leg enabled Purton to clinch the championship with six points for second on Shining Gem.