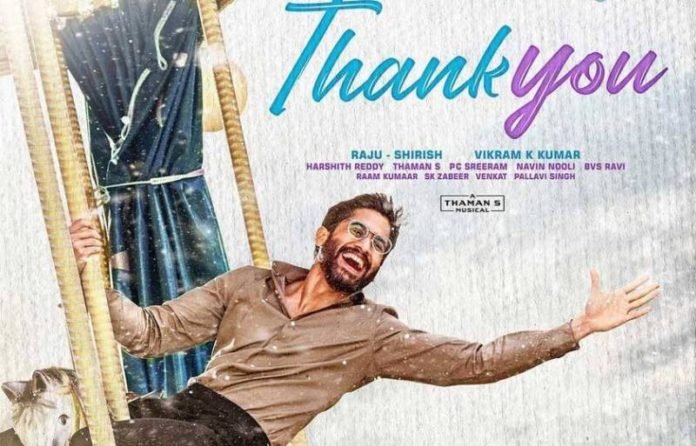 The trailer of Naga Chaitanya’s upcoming film Thank You was released today. The film is written and directed by Vikram K Kumar.

In the two-minute trailer, we see glimpses of a coming-of-age story in which a successful man looks back at his life with gratitude. As a highlight, the film also shows portions in which Chaitanya turns back time and features as a late teen.

This movie marks the third collaboration between Naga Chaitanya and filmmaker Vikram K Kumar after the film Manam and the web series Dhootha, which is undershot at the moment. Raashii Khanna and Malvika Nair have played the female leads, along with Avika Gor and Sushanth Reddy in other important roles. The heart-touching story of Thank You has been penned by BVS Ravi. Bankrolled by Dil Raju under the banner of Sri Venkateswara Creations, the project has made headlines ever since its inception. With cinematography by PC Sreeram, the film has music scored by S Thaman.

Produced by Dil Raju and Shirish under their Sri Venkateswara Creations banner, Thank You is slated to hit screens on July 22.

Meanwhile, Chaitanya is awaiting the release of the Aamir Khan-starrer Laal Singh Chaddha, which marks his Bollywood debut. The actor also has an untitled film with Venkat Prabhu and his maiden web series Dootha in the pipeline. Several reports have stated that the actor is in talks with filmmakers Rahul Sankrityan and Kishore Tirumala for subsequent projects.