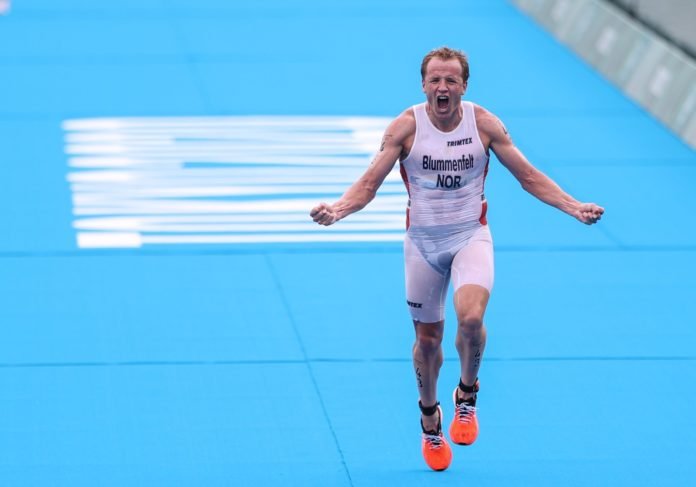 Olympic and world triathlon champion Kristian Blummenfelt capped a sensational debut in his first Ironman competition, as the Norwegian set a world record time of 7 hours, 21 minutes and 12 seconds as he won the Ironman Cozumel in Mexico on Sunday.

Blummenfelt covered the 140.6 miles – 2.4-mile swim, 112-mile bike and 26.2-mile run – at a blistering pace, which was 6 minutes and 41 seconds faster than the previous world-best time of 7 hours, 27 minutes and 53 seconds set by Germany’s Jan Frodeno, the 2008 Olympic champion, on 18th July at the Zwift Tri Battle Royale in Allgau.

There did, however, remain doubt as to whether Blummenfelt’s record-setting time would be acknowledged due to the down-current swim in Cozumel.