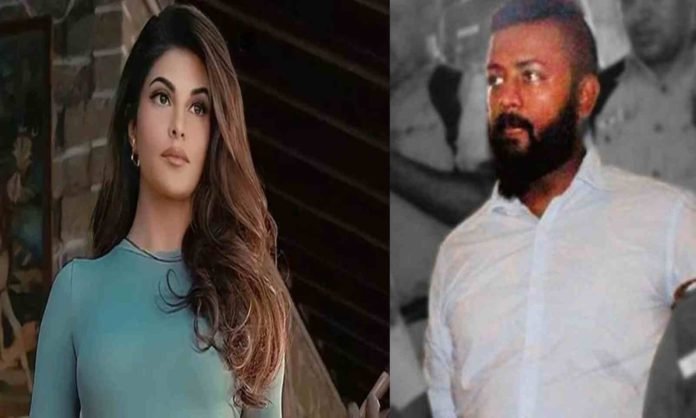 Conman Sukesh Chandrashekhar made a “spoofed” call replicating the office number of Union home minister Amit Shah to befriend actor Jacqueline Fernandez even as he claimed that he hailed from late Tamil Nadu chief minister J. Jayalalithaa’s “political family”, the Enforcement Directorate has said in a chargesheet filed under the anti-money laundering law.

The agency recorded the statement of 36-year-old Fernandez twice this year where she said that Chandrasekhar introduced himself to her as “Shekhaar Ratna Vela”.

The chargesheet was filed by the agency early this month before a special Prevention of Money Laundering Act (PMLA) court here and the Enforcement Directorate (ED) named Chandrashekhar, his wife Leena Maria Paul and six others in it.

“He (Chandrashekhar) was trying to get in touch with her (Fernandez) over many weeks in December (2020) and January 2021 but she did not respond to him as she got many calls as such and was not sure about who the person was.

“Her makeup artist Shaan Muthathil was then contacted by a government office and was told that Jacqueline Fernandez must get in touch with Mr Shekhaar as he is an important person and would like to speak to her,” the agency said.

It said that Fernandez, a Sri Lankan national who has starred in a number of Hindi movies, later contacted the alleged conman and “he introduced himself as the owner of Sun TV along with his family”.

“He (Chandrashekhar) also said he was from the political family of Jayalalithaa and they are from Chennai.

Chandrashekhar said that he was a big fan of the actor and that she should do films in the southern film industry and “as Sun TV they have many projects lined up”, it said.

The agency said her makeup artist “got a call from the office of home minister Amit Shah whereby he was asked to get in touch with Mr Shekhaar alias Sukesh Chandrashekhar as he was a very important person in government”.

“Said call was made from the office of home minister Amit Shah which was a spoofed call as per investigation and made by the accused Sukesh Chandrashekhar,” the agency said.

Subsequently, it said that her makeup artist shared Chandrashekhar’s mobile number with Fernandez after which they got in touch.

The actor told the ED, during her statement recorded in August and October, that she “received” gifts like three designer bags from Gucci and Chanel, two Gucci gym wear outfits, a pair of Louis Vuitton shoes, two pairs of diamond earrings and a bracelet of multi-coloured stones and two Hermes bracelets.

She told the federal anti-money laundering agency that she returned a Mini Cooper car which she had similarly received.

The agency found in its probe that Chandrashekhar was in “regular contact” with Fernandez since February till he got arrested on August 7 this year (by the Delhi Police).

The ED is probing the money trail of the proceeds of crime in this case.

Chandrashekhar and his wife are being probed by the Delhi Police as well as the ED for allegedly cheating some rich people, including individuals like former Fortis Healthcare promoter Shivinder Mohan Singh’s wife Aditi Singh.

An investigation by the agencies found that Chandrashekhar, while he was lodged in the Rohini jail here, allegedly ran an extortion racket using phone spoofing technology.

The ED had arrested the couple and two co-accused, Pradeep Ramnani and Deepak Ramnani and recently Chandrashekhar’s associate Pinky Irani, in this case.

In August, the agency raided some of Chandrashekhar’s premises and seized a sea-facing bungalow in Chennai, Rs 82.5 lakh in cash and over a dozen luxury cars.

It had claimed, in a statement, that Chandrashekhar is a “known conman” and is being probed by the Delhi Police in a case of alleged criminal conspiracy, cheating and extortion to the tune of about Rs 200 crore.

“Chandrasekhar is the mastermind of this fraud. He has been part of the crime world since the age of 17. He has multiple FIRs against him…,” the ED had said.

Despite being in jail, it said, Chandrashekhar “did not stop conning” people.

“He (using a cellphone procured illegally in prison) with the help of technology made spoofed calls to dupe people as the numbers displayed on the called party’s phone number belonged to senior government officers.

“While speaking (from prison) to these persons, he claimed to be a government officer offering to help people for a price,” the ED had claimed.