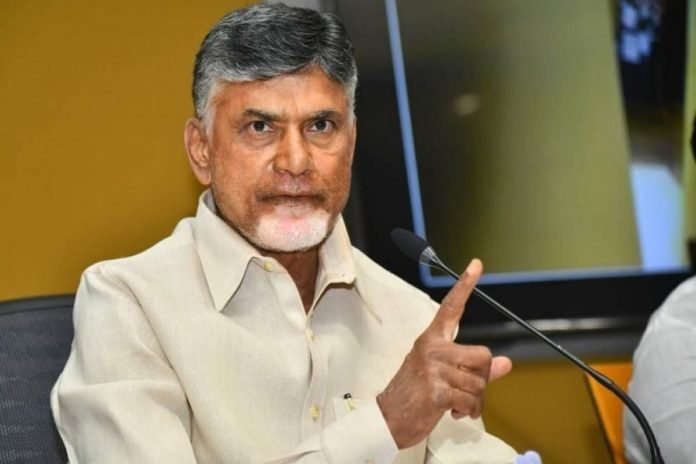 The opposition Telugu Desam Party (TDP) in Andhra Pradesh on Monday condemned the defiling of a statue of its founder and former chief minister N.T. Rama Rao in Guntur district by the son of a local leader of ruling YSR Congress Party.

TDP president and former chief minister N. Chandrababu Naidu wrote to Director General of Police Gautam Sawang to take stringent action against the culprits to ensure that such acts of vandalism are not repeated.

Naidu alleged that Sunday’s incident in which Settipalli Koteswara Rao, son of YSRCP ZPTC member Settipalli Yalamanda, desecrated the statue of NTR in Durgi should be seen as a part of larger conspiracy to incite hatred among different sections of people. “If this continues, people may revolt against such incidents in the future. This has been the trend since June 2019 in Andhra Pradesh and ever since such hooligan incidents are repeatedly taking place,” wrote the TDP chief.

He alleged that such incidents were occurring at the behest of the ruling YSRCP leaders and the fact that the son of a YSRCP ZPTC member desecrating NTR’s statue is evidence enough. He said that the ruling party in its attempt to scuttle democracy is encouraging hooligans and patronising henchmen to desecrate, damage and destroy the statues of national leaders like NTR, Dr B.R. Ambedkar, Potti Sriramulu and others.

Naidu said the police, instead of detaining the peacefully protesting people, should control such vandal acts from spreading further. He demanded that police conduct a comprehensive inquiry and ensure that the culprits are punished as per the law. Only a stringent action, without undue influence, from the police will deter the perpetrators and ensure that such vandal acts are not repeated in the future, he added.

TDP state president K. Atchannaidu also slammed the YSRCP government for not taking necessary action to prevent attacks on the statues of NTR and Ambedkar.

Atchannaidu asked whether the government would allow statues of only YSR (YS Rajasekhara Reddy) to exist in Andhra Pradesh while those of stalwarts would be defiled or removed. He said the attack on NTR’s statue amounted to hurting the sentiments of the Telugu people all over the world.