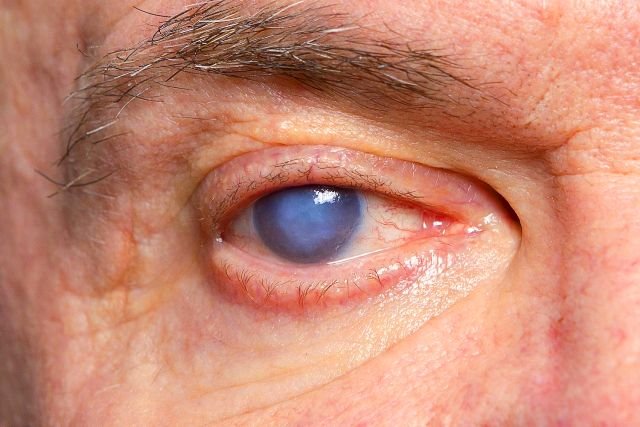 A revolutionary new treatment for cataract has shown extremely positive results in laboratory tests, giving hope that the condition, which currently can only be cured with surgery, could soon be treated with drugs.

Cataract is a clouding of the eye lens that develops over time and affects the quality of vision. It is caused by a disorganisation of the proteins in the lens that leads to clumps of protein forming, which scatter light and severely reduce transmission to the retina. Cataracts cause vision loss and blindness for millions of people worldwide.

A team of international scientists, led by those at Anglia Ruskin University (ARU) in the UK, has been carrying out advanced optical tests on an oxysterol compound that had been proposed as an anti-cataract drug.

In laboratory trials, treatment with the oxysterol compound VP1-001 showed an improvement in refractive index profiles – a key optical parameter that is needed to maintain high focusing capacity – in 61 per cent of lenses.

This means that the protein organisation of the lens is being restored, resulting in the lens being better able to focus. This was supported by a reduction in lens opacity in 46 per cent of cases.

“This study has shown the positive effects of a compound that had been proposed as an anti-cataract drug but never before tested on the optics of the lens. It is the first research of this kind in the world,” said Professor Barbara Pierscionek, Deputy Dean (Research and Innovation) in the Faculty of Health, Education, Medicine and Social Care at ARU.

“It has shown that there is a remarkable difference and improvement in optics between eyes with the same type of cataract that were treated with the compound compared to those that were not,” Pierscionek added.

The results, published in the peer-reviewed journal Investigative Ophthalmology and Visual Science, showed that improvements occurred in some types of cataract but not in all, indicating that this may be a treatment for specific cataracts.

“This suggests distinctions may need to be made between cataract types when developing anti-cataract medications. It is a significant step forward towards treating this extremely common condition with drugs rather than surgery,” Pierscionek added.

India's corona tally increased to 4,32,83,793 on Saturday as 12,899 more people tested positive for the viral disease and the active caseload climbed to...
Read more

India’s COVID cases continued to rise on a daily basis with 13,216 new cases recorded on Saturday. This is the first time in 113...
Read more