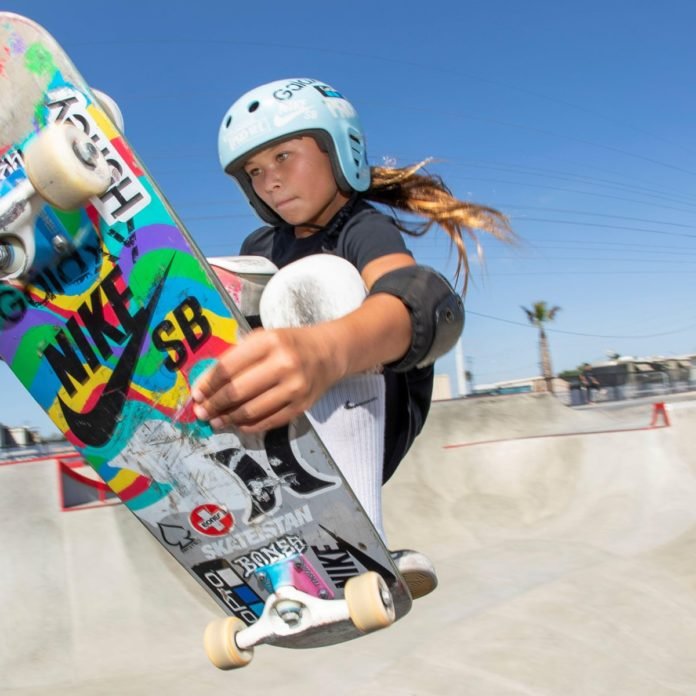 British-Japanese skateboard star Sky Brown made her debut in the professional surfing world on Monday at the LayBack Pro Women Qualifying Series in Florianopolis, Brazil.

Brown placed second out of four surfers in her Round 1 heat, which normally would have granted her a spot in the next round, but was eliminated as she incurred an interference penalty and saw her score reduced.

The 13-year old Brown is the youngest professional skateboarder in the world and won a bronze medal at the 2020 Olympics in the park event.