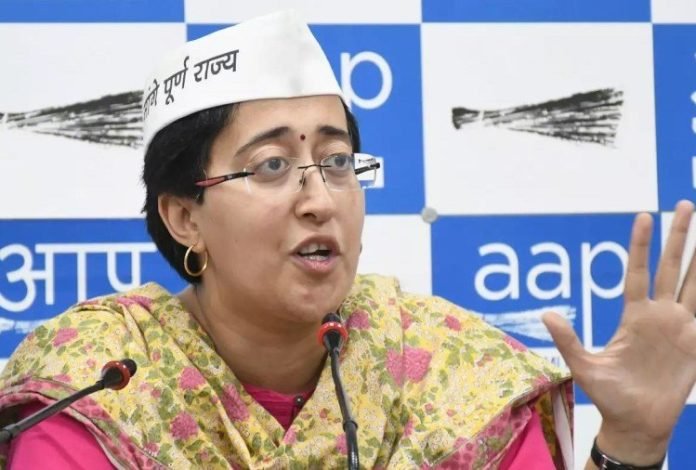 Ahead of the Municipal Corporation of Delhi (MCD) polls, the AAP has blamed the BJP for hurting Hindu emotions by charging devotees for temple visits, forcing them to pay property tax and threatening to seal the temples if they failed to pay.

“This must be happening for the first time ever in Delhi’s history that pilgrims will be charged to visit the revered Hanuman Mandir and pay parking fees,” AAP MLA Atishi told the media on Thursday.

On Tuesday, she had alleged that the saffron party-ruled MCD is trying to seal temples across Delhi and forcing them to pay property taxes. “The East MCD has sent notices to several temples saying that you must pay House Tax otherwise this temple will be sealed. This is the first time since the rule of Aurangzeb that somebody has dared to send such a notice to a temple,” she said.

Atishi further asked BJP leaders whether their tactic of seeking votes in the name of Lord Ram is a gimmick.

However, responding to Atishi’s allegations, BJP state General Secretary Harshdeep Malhotra said as per Section 115 of Municipal Corporation rules, no religious places can be levied with property tax.

“Therefore no such tax was levied in the past nor will it be taken in future,” he asserted.

He further alleged that the AAP leaders are provoking religious sentiments by labelling baseless charges on corporations.

“The Kejriwal government should exempt the hefty power and water bills worth thousands and lakhs of rupees which these religious places are getting rather than defaming the corporations,” he said.

The BJP has been ruling the civic body since 2007. Ahead of the civic body polls slated for early next year, both the political parties are at each other’s throats over the matter of cleanliness, corruption, pending salaries of civic body staff and unavailability of funds. The issue of tax imposition on temples has become another topic of disagreement between both Atishipolitical parties.